MEET THE BEAUTY, BRAINS AND BRAWN MAKING ONE FELLOWSHIP FITNESS MAGIC. ALL CROSSFIT LEVEL 1 AND 2 TRAINERS ALONG WITH AN ABUNDANCE OF SPECIALTY CERTIFICATIONS, OUR COACHES ARE THE BEST OF THE BEST. 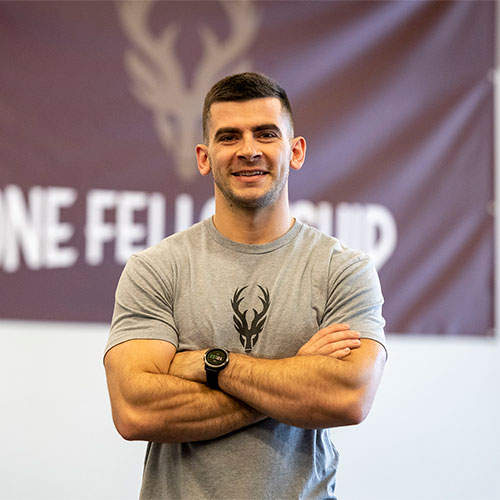 Born in Conway, SC, Clay Godfrey grew up with great love for sports and playing outside. Most of his days were spent playing in the woods, catching critters or taking part in any manner of physical activities. It wasn’t until attending The Citadel that Clay started really finding a passion for exercise and fitness. One day while in college, Clay stumbled into a CrossFit box and the rest, you could say, is history. In 2013, he became CF-L1 certified and started his career cleaning the first gym he worked at in exchange for membership until he earned the right to coach. He would go on to work his way up to Head Coach of that gym while earning a Bachelor’s Degree of Exercise Science from The Citadel. Clay wholeheartedly pursued this new passion as both an athlete and coach, eventually earning his CF-L2 certification. And today, Clay is living one of his biggest dreams to date.

In January 2020, Clay took over CrossFit Remnant in Roswell, GA  and transformed it into One Fellowship Fitness. Leading this community through the tenants of being “humble, hungry, and happy,” he aspires to improve the lives of all who choose to walk through his doors, both members and coaches alike.

Clay lives in Sandy Springs with his girlfriend Emily, and the world’s best doggos, Dana and Hank. 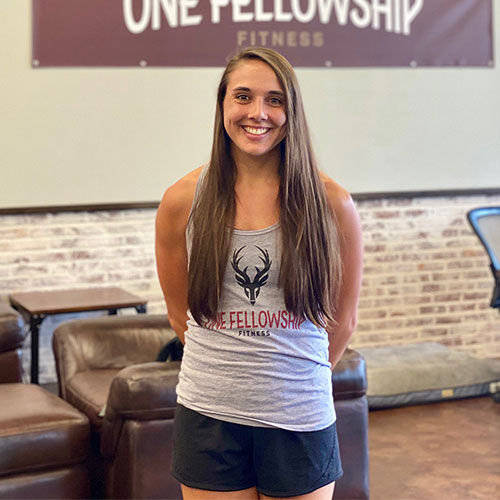 Born and raised in New Jersey, Katy came down south to compete in Track & Field and pursue a higher education at Oglethorpe University.  Katy, competed in the Triple Jump and 100-Meter Hurdles winning several accolades during her collegiate career while pursuing a degree in Business Administration.

After graduating, and her competitive collegiate career finished, Katy found herself in limbo trying to fill the gap that Track & Field left. That’s when Katy discovered CrossFit. With CrossFit’s competitive and community-oriented nature she was immediately hooked from the start!

Her passion for improving herself didn’t take long before she realized she wanted to become a coach. She sought and earned her CFL1 certification in 2017, earned her CFL2 in 2019, became CrossFit Kids certified in January 2020, and by 2021, Katy aspires to be CFL3 certified.
me.

Today, Katy is the Founder of the online media studio, The Keep Moving Forward (KMF) Collective, and she is the Marketing Manager for a small tech company in Marietta, GA. Katy is most likely to be found sitting behind a microphone, chasing sunshine, and trying to convince you that Monday is the absolute best day of the week. 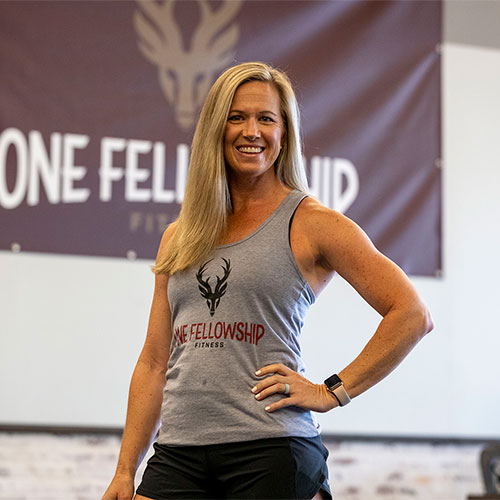 Kathryn Hipp grew up in Tampa, Florida and always enjoyed being active and competing with others. That early love of sport and wanting to be a part of a team led her to compete in track and cross country at Auburn University. After college, Kathryn wanted to keep up with her fitness but everything she tried seemed to lack that community and team environment that she was always drawn to. It wasn’t till she found CrossFit that she realized what her life had been missing.

CrossFit was the right blend of hard work, good laughs, and positive encouragement that anyone can thrive in. Kathryn really loved watching people go after their goals and improve their lives, so much so that she went on to earn her CrossFit L1 certificate and began coaching and helping people on their own fitness journey’s.

When Kathryn is not at the gym, she plays SuperMom to her three HippKids – Georgia, Lincoln and Rosemary – and celebrates 17 years of love and laughter with her husband Larry. 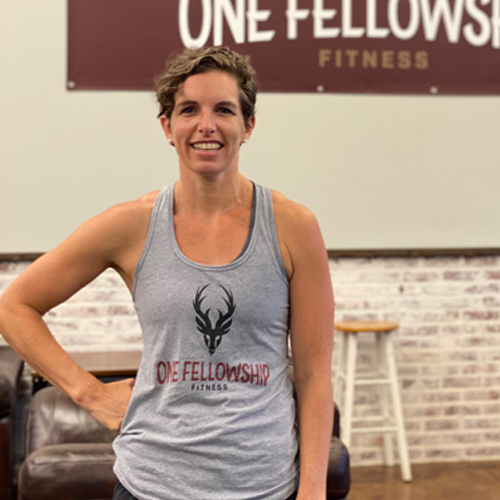 Jaime Jones grew up living in many different places, including abroad in the UK. She is the oldest of 5 kids and, according to her family, she’s always been one to take charge and be a little bossy.

Jaime was a multi-sport athlete in high school, but eventually focused entirely on volleyball and played at Millsaps College in Jackson, MS for 3 years until a knee injury sidelined her. While at Millsaps College, she earned two degrees in Geology and Spanish.

Jaime met and married her college sweetheart, David and together they have four kids – Ainsley, Tinkie, Owen and Petey.

Jaime found CrossFit just before she turned 40 years old. Once she started seeing silver flecks in her hair and the effects of gravity on her body, she decided that she wasn’t going to let her age be a limiter on what she was capable of. Jaime was hooked since day 1, and CrossFit has been her love and passion for the last three years

She even loved it so much that she decided to pursue coaching in January 2020.

In her spare time, if she is not at the box, she is likely doing something (anything) outside, cooking massive amounts of food for her family, learning something new, taking care of someone or thinking about how to best approach tomorrow’s WOD. 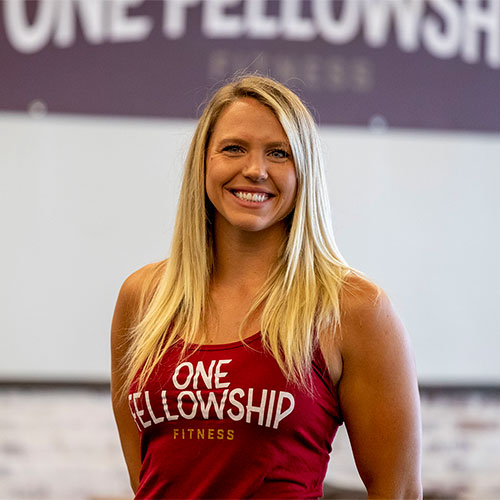 Anna Elliott has been a CrossFit Coach for the past three years. In the summer of 2015, she moved to Atlanta, GA, and started coaching. She began as a preschool teacher at Mt. Pisgah Christian School and coached middle school and high school track along with 5th grade to Varsity basketball.

Anna received her Bachelor’s Degree in Education in 2014 from Judson University, where she earned accolades playing basketball. Anna’s passion for teaching led her to pursue coaching, as well.

Anna is CrossFit Level 2 and NASM Certified, and is extremely passionate about

teaching youth athletes about health and fitness. Her competitive drive is what initially made her fall in love with CrossFit and lead her to compete in two national CrossFit competitions: Wodapalooza in Miami, Florida and The Granite Games in St. Cloud, Minnesota. Anna loves that CrossFit helps you to compete with yourself every day you walk into the gym, and she loves being part of people’s fitness journeys and seeing them reach their goals on a daily basis.

Anna and her husband, Harrison, love to go on hikes with their dog Duke and when they are not in the gym, they can be found spending time with their family and friends. Anna and Harrison feel lucky to be a part of such a great community of people and are happy to call One Fellowship Fitness home.

I Am Because You Are – What is “Ubuntu”?

“I am because we are.” That sounds a lot like CrossFit, doesn’t it? At One Fellowship Fitness, a core tenant of our mission [...]

Decisions decisions. If you’re like me, you’re not crazy about lugging around a heavy gym bag. In my humble opinion, sometimes an over-filled [...]

One of the Herd – Meet One Fellowship Athlete LeeAnn Maxwell

One of the Herd: Meet One Fellowship Athlete LeeAnn Maxwell Leading the herd on what it means to be a happy athlete, [...]

Ready to Join? Find the Membership That’s Right For You!